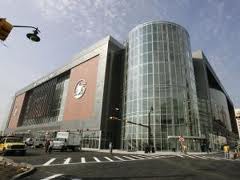 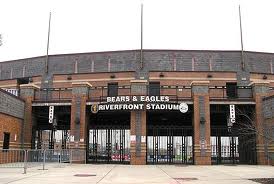 The Fire This Time: Development Conflict in Rebuilding Newark, New Jersey.
Jason Reich Stevenson. Thesis (B.A.), Harvard College, 2000.
Examines the controversies surrounding recent economic development projects in Newark and the subsequent breakdown in relations between City Hall and community groups. Focuses on a proposal to build a sports arena on top of a residential neighborhood.

Baseball, the Newark Bears and the Image of a City
Bill Heinzelman. A Newark Metro Report.

Give Me A "Ball Park Figure": Creating Civic Narratives Through Stadium Building in Newark, New Jersey
Laura T. Troiano. (Ph.D. Thesis) Rutgers The State University of New Jersey--Newark. 2017.
"The primary focus of this history is centered on two baseball stadiums in Newark, NJ, Ruppert Stadium, built in 1926 and demolished in 1967 and Bears and Eagles Riverfront Stadium, completed in 1999, sold in 2016, and is now slated to be replaced with mixed use retail space and condominiums...For both stadiums, for over a century, Newark mayors, councilmen, successful businessmen, community organizers, newspaper columnists and reporters, and local citizens all craft, repurpose, and used these civic narratives to further their own varied agendas. It is through these crafted narratives about these stadiums that I explore the competing views of the city and the competing visions for its future."