The Art Library is delighted to announce the opening of Reading pictures: Highlights from the Rutgers University Libraries Collections of Graphic Novels. This exhibit was inspired by Self-Confessed! The Inappropriately Intimate Comics of Alison Bechdel currently on exhibit at the Zimmerli Art Museum, and the Rutgers School of Arts and Sciences Honors Program summer reader “The Best We Could Do” by Thi Bui.

This exhibit highlights works from Rutgers University Libraries Special Collections and University Archives, such as:

Kim Deitch, Alias the Cat! He Dared To Save the World. New York: Pantheon, 2007.

Kim Deitch was one of the group of artists involved in the Underground Comics movement of the late sixties and early seventies. Galvanized by the censorious restrictions of the Comic Book Authority, the writers and artists who created Underground Comics wove highly imaginative graphic narratives with a pronounced emphasis on drugs, sex, violence (and irony). Kim Deitch’s style is itself rebellious, using surrealistic imagery, densely packed frames, and hallucinatory narratives that flout the norms and standards of “good” story-telling.

Gods’ Man consists of 139 wood-engravings in the Expressionistic style of Frans Masereel, whom he discovered while in Europe in 1926. Adapting the Faustian myth to a story of an artist who sells his soul for a magical paintbrush, Gods’ Man makes the point that the artists’ decision is compelled by social forces he cannot defeat or fully understand. Ward maintained for many years that he intended the possessive apostrophe in Gods’ Man (after the “s”) to signify many gods, but later in life admitted to having made a typo.

and Megan Lotts, Art Librarian. For questions please contact Megan.lotts@rutgers.edu or call (848)932-7189. To learn more about this exhibit visit:  https://libguides.rutgers.edu/eventsandexhibits/readingpictures 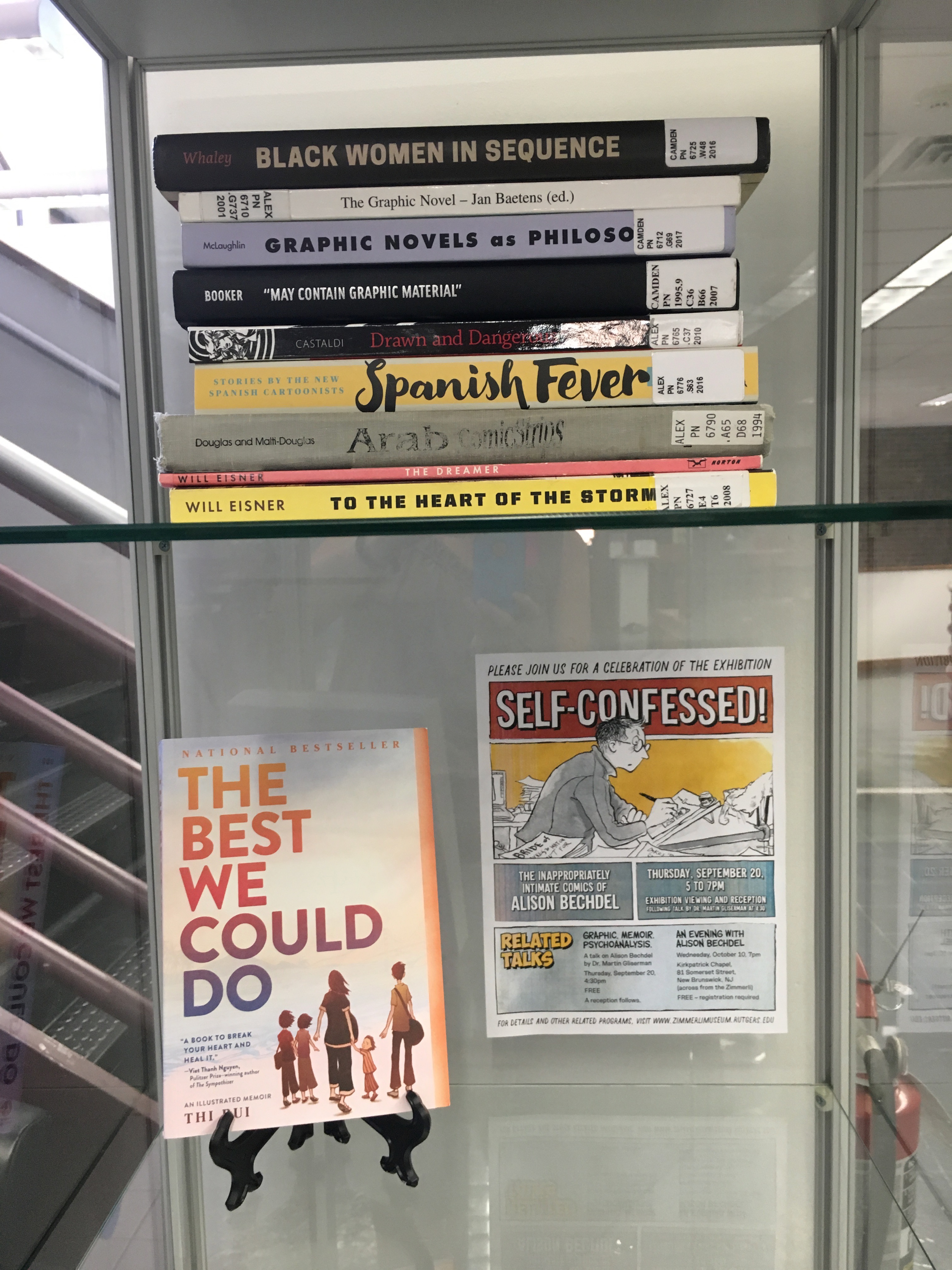 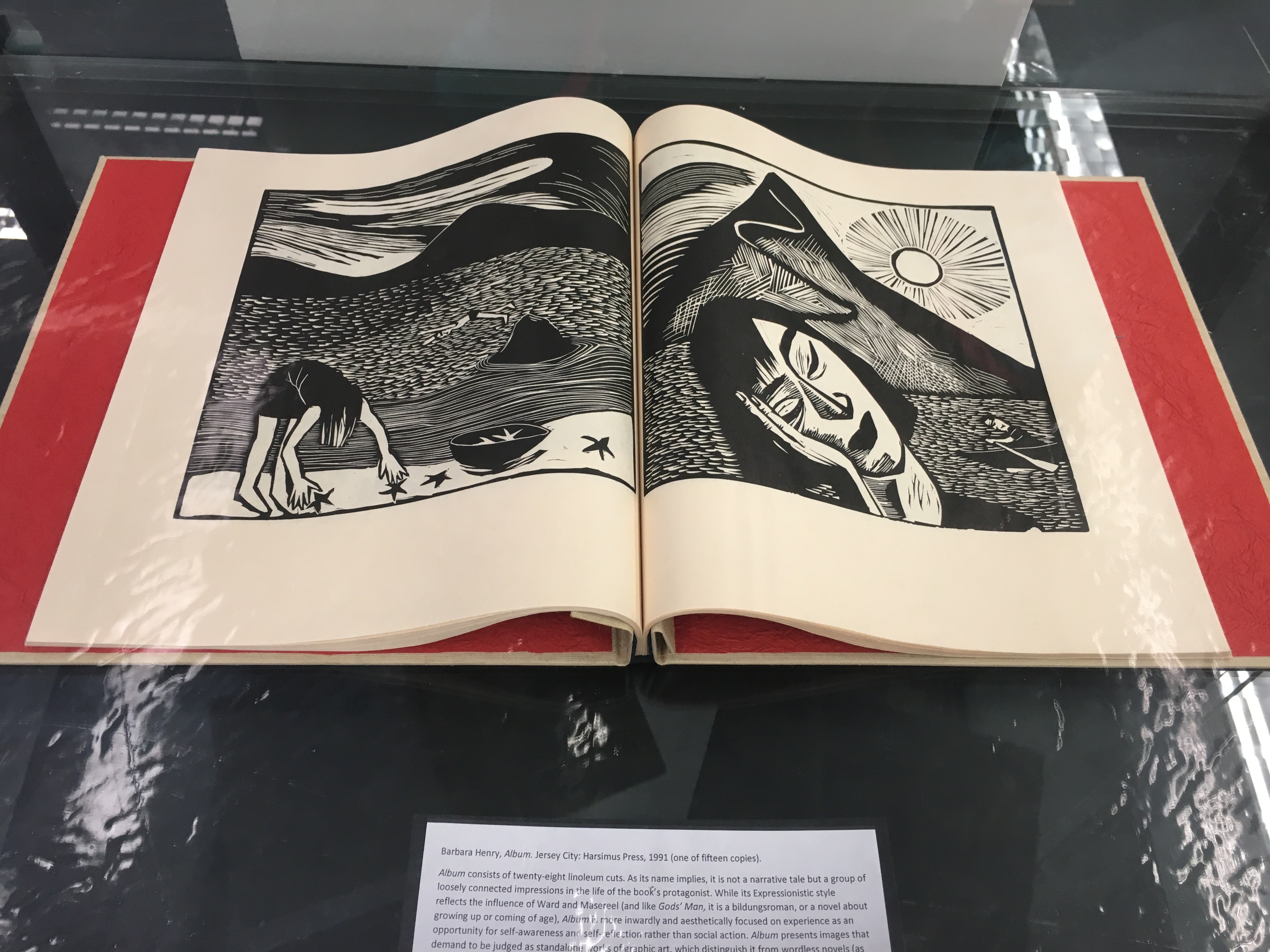 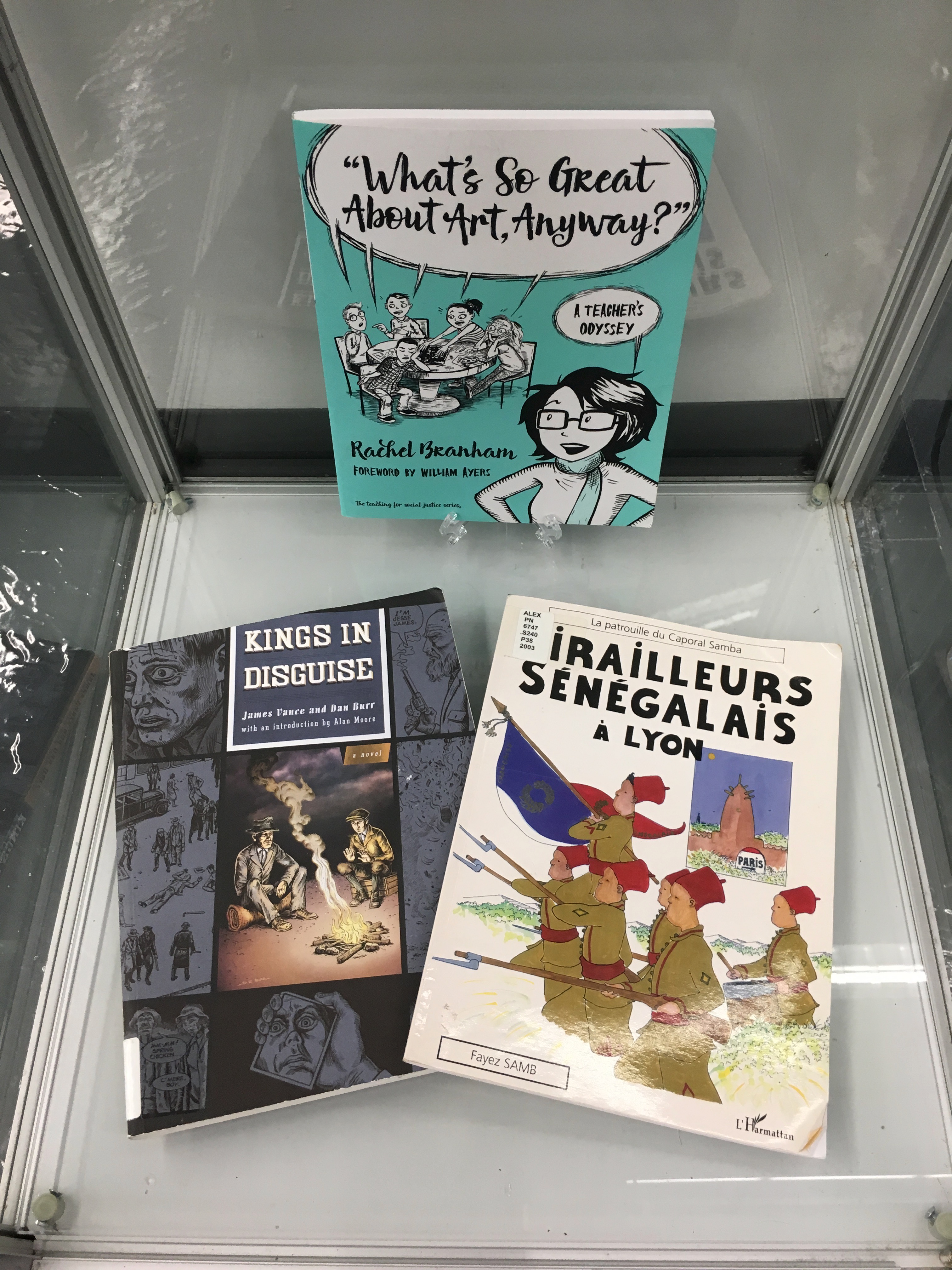 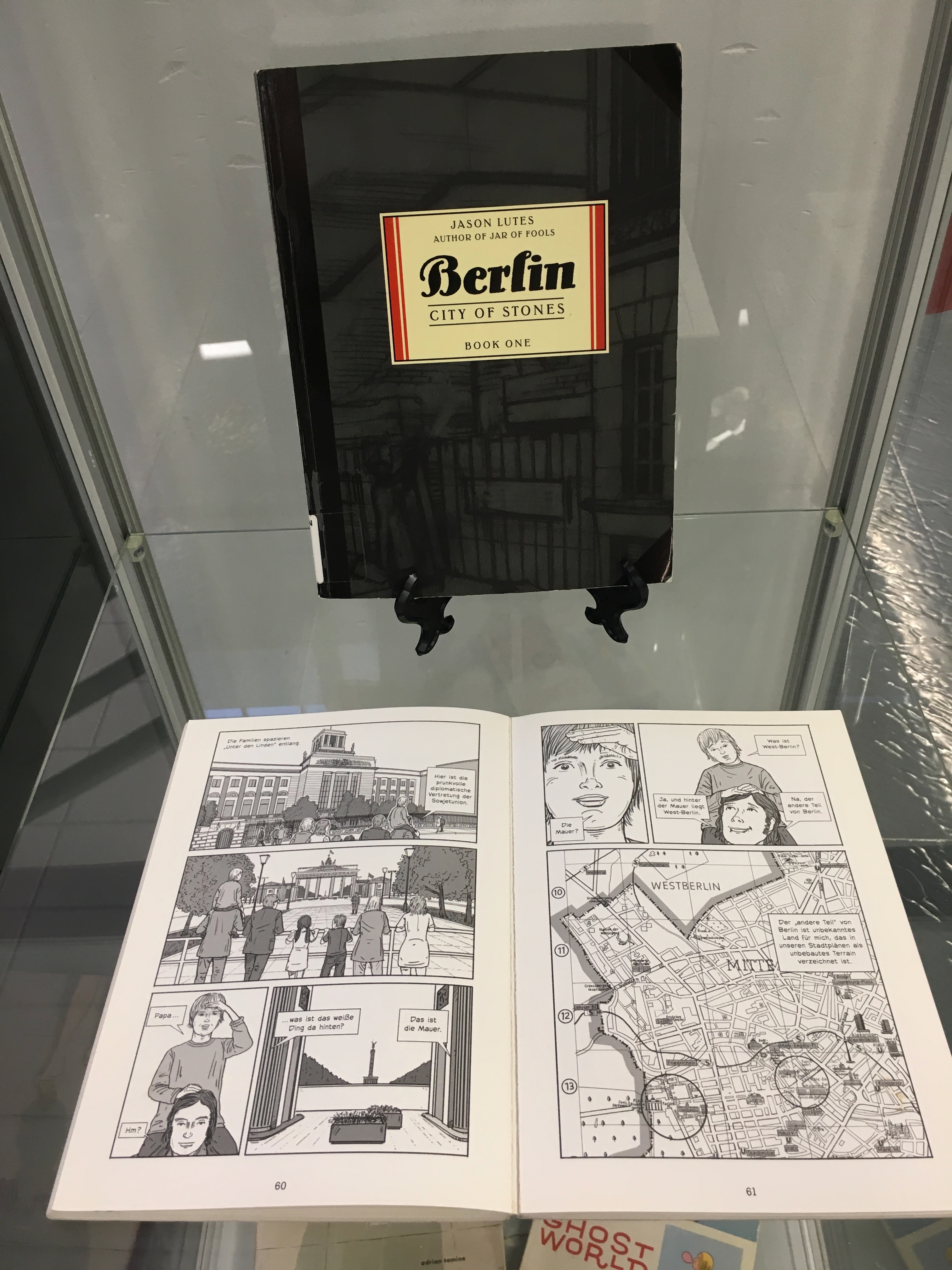 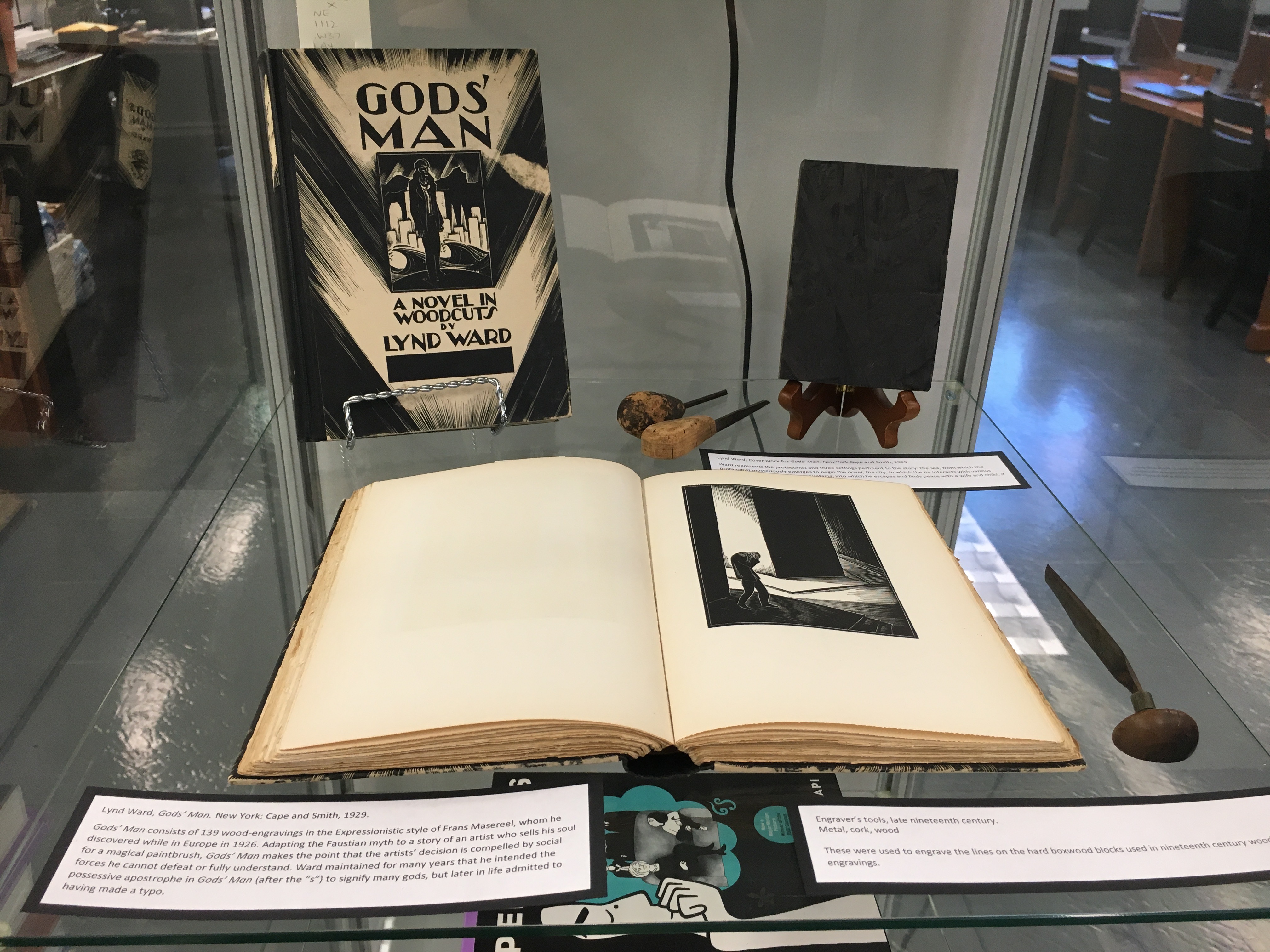 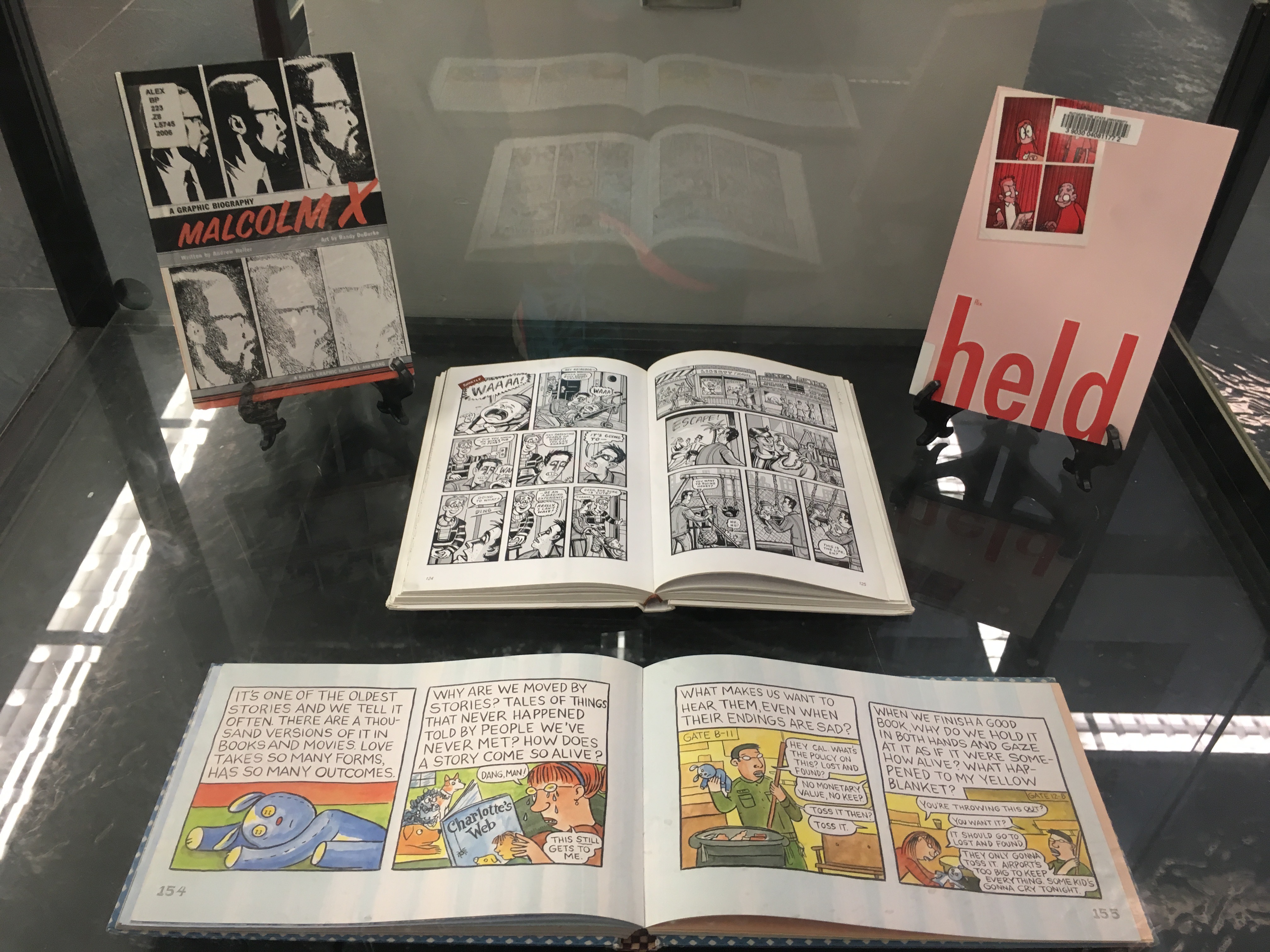