Fluxus is an international avant-garde art collective that gained popularity in the 1960’s and still continues today. Created by George Maciunas, it focuses on a common attitude about art rather then a particular style or medium. Many of the works are performative in nature and challenge traditional thinking surrounding the notion of “What is art?”. Rutgers has been a major artist hub for this style with seminal works being performed on campus, including Maciunas's Flux-mass (1970) which took place at the Voorhees Chapel.

The exhibition highlights books available through Rutgers University Libraries centered around the Fluxus art movement. Some examples include:

Other items on display are an array of art pieces from the recent exhibition at the Jewish Museum, Take Me (I’m Yours), which ran from September 16, 2016 – February 5, 2017. Art works include Self-Portrait (Lapel Pin) by Alex Israel, ball of air from Yoko Ono’s Air Dispenser, and a t-shirt from Rirkrit Tiravanija’s Untitled 2016 (Form Follows Function or Vice Versa No. Two) (2016). 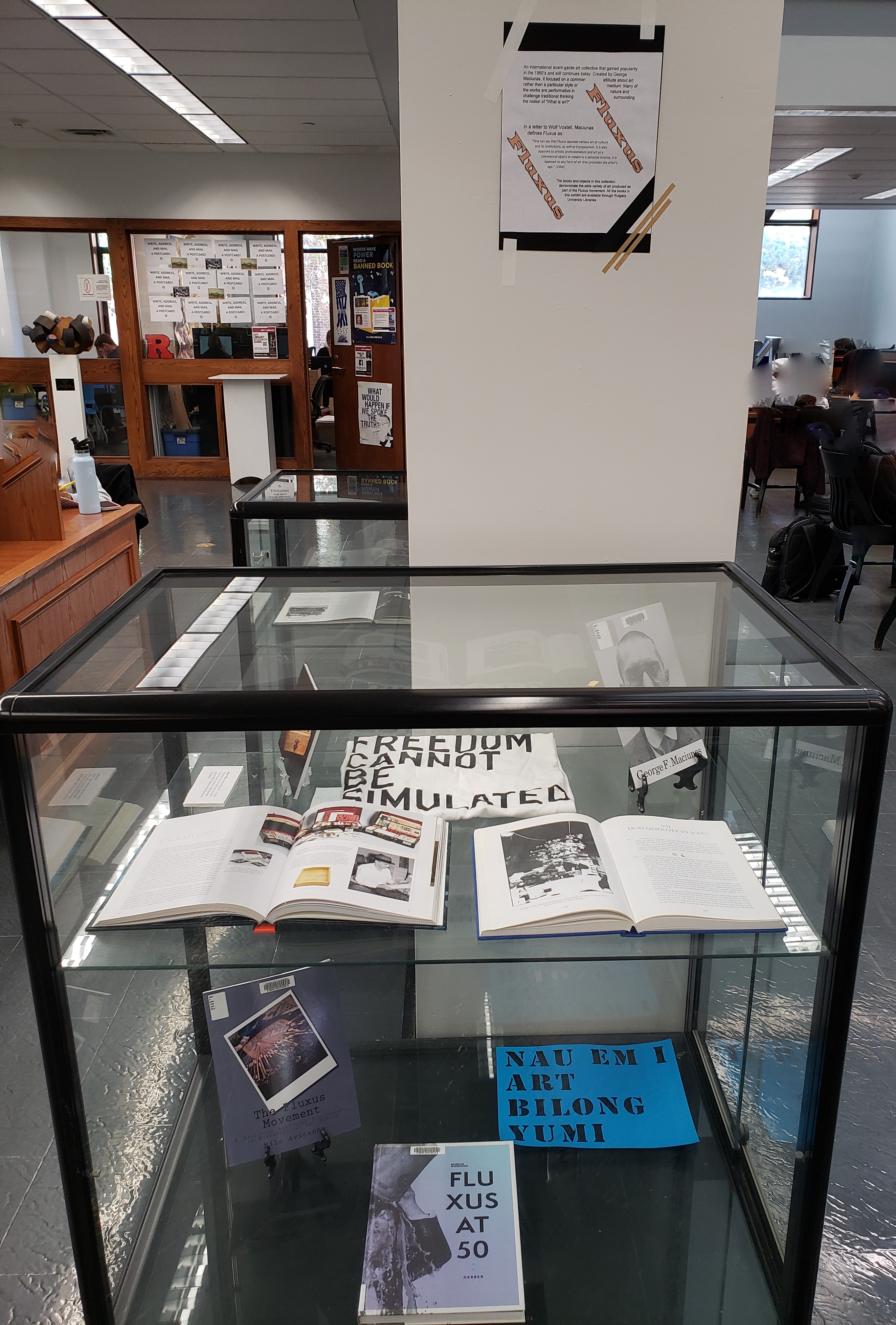 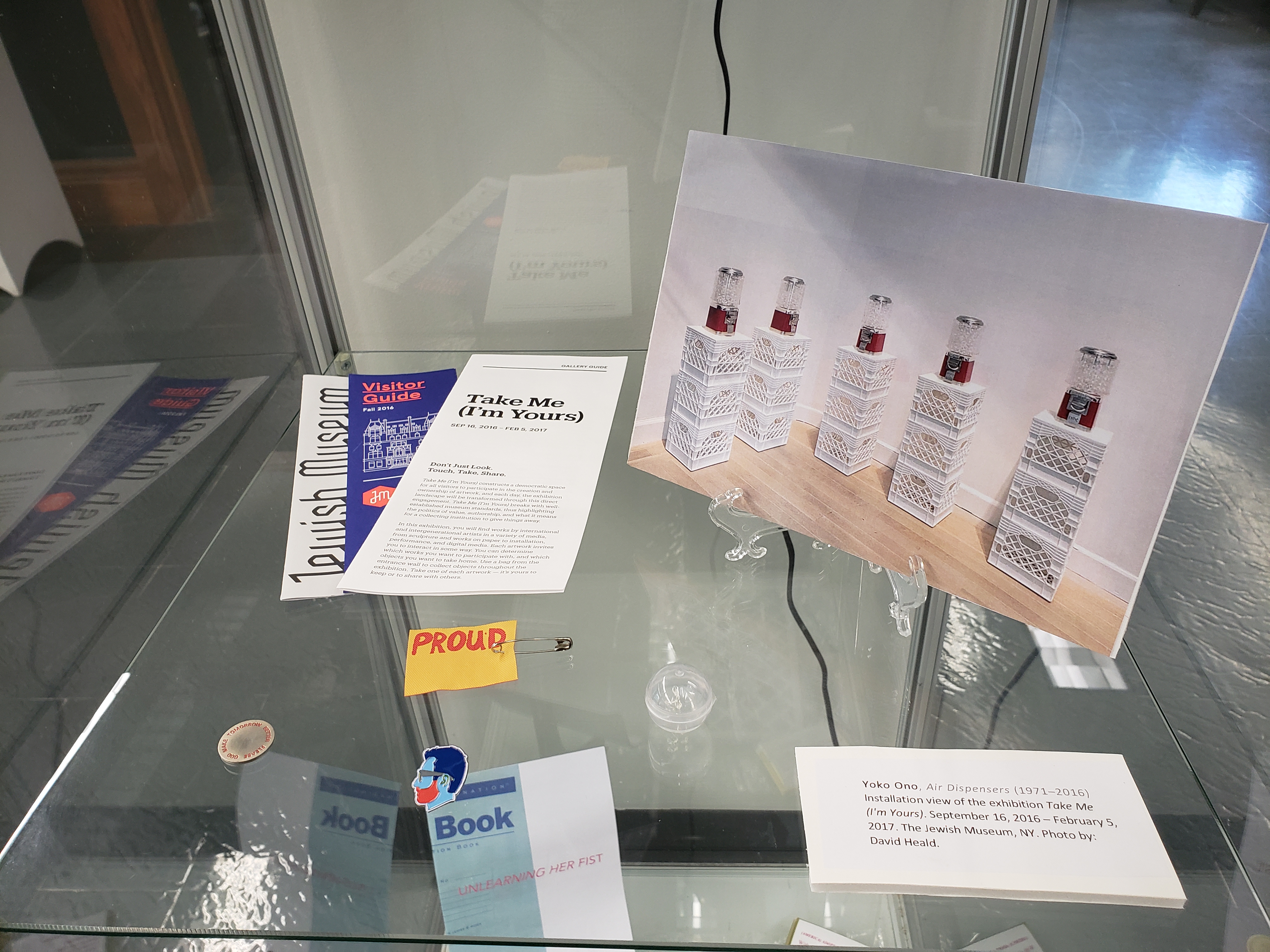 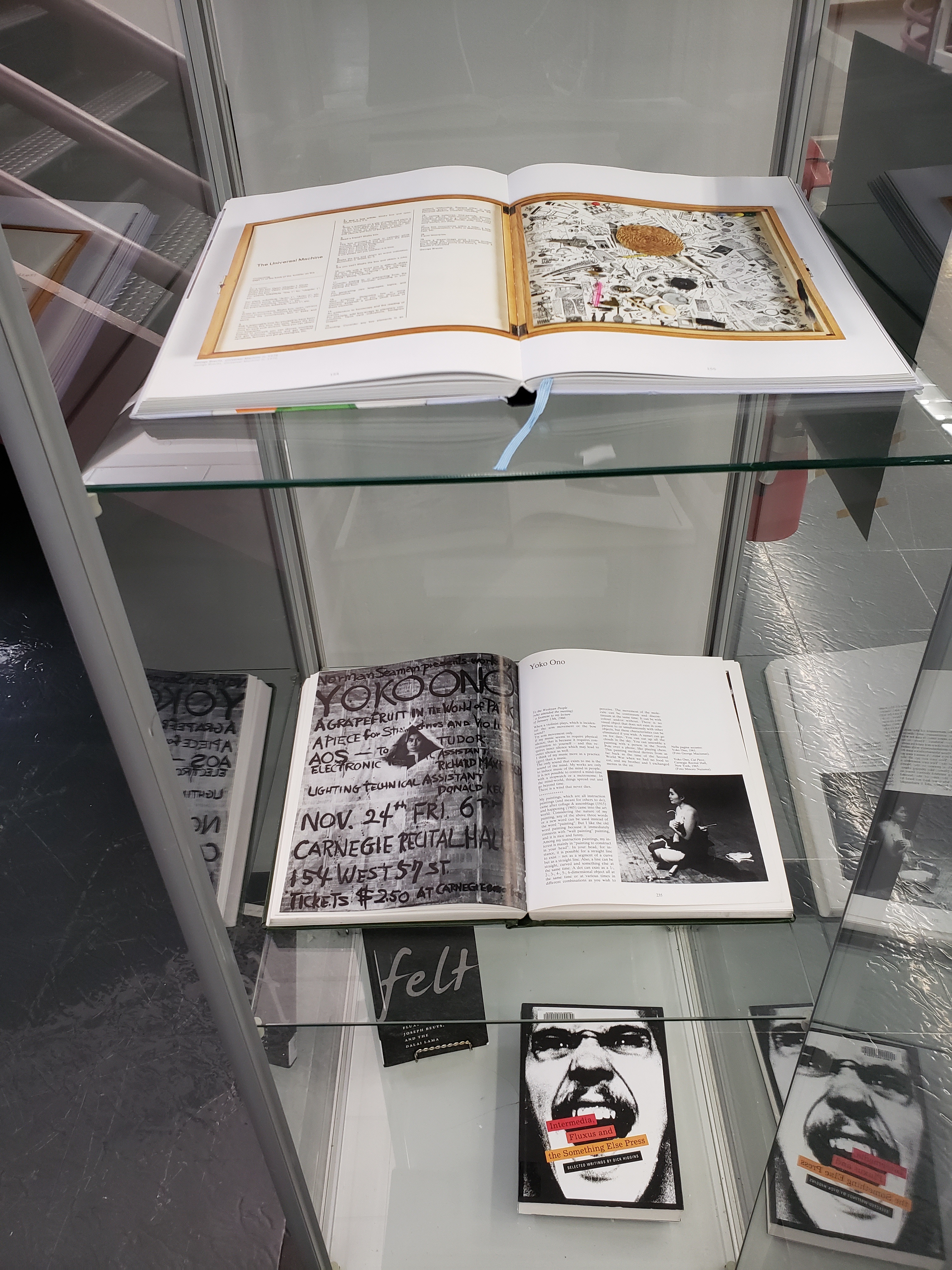 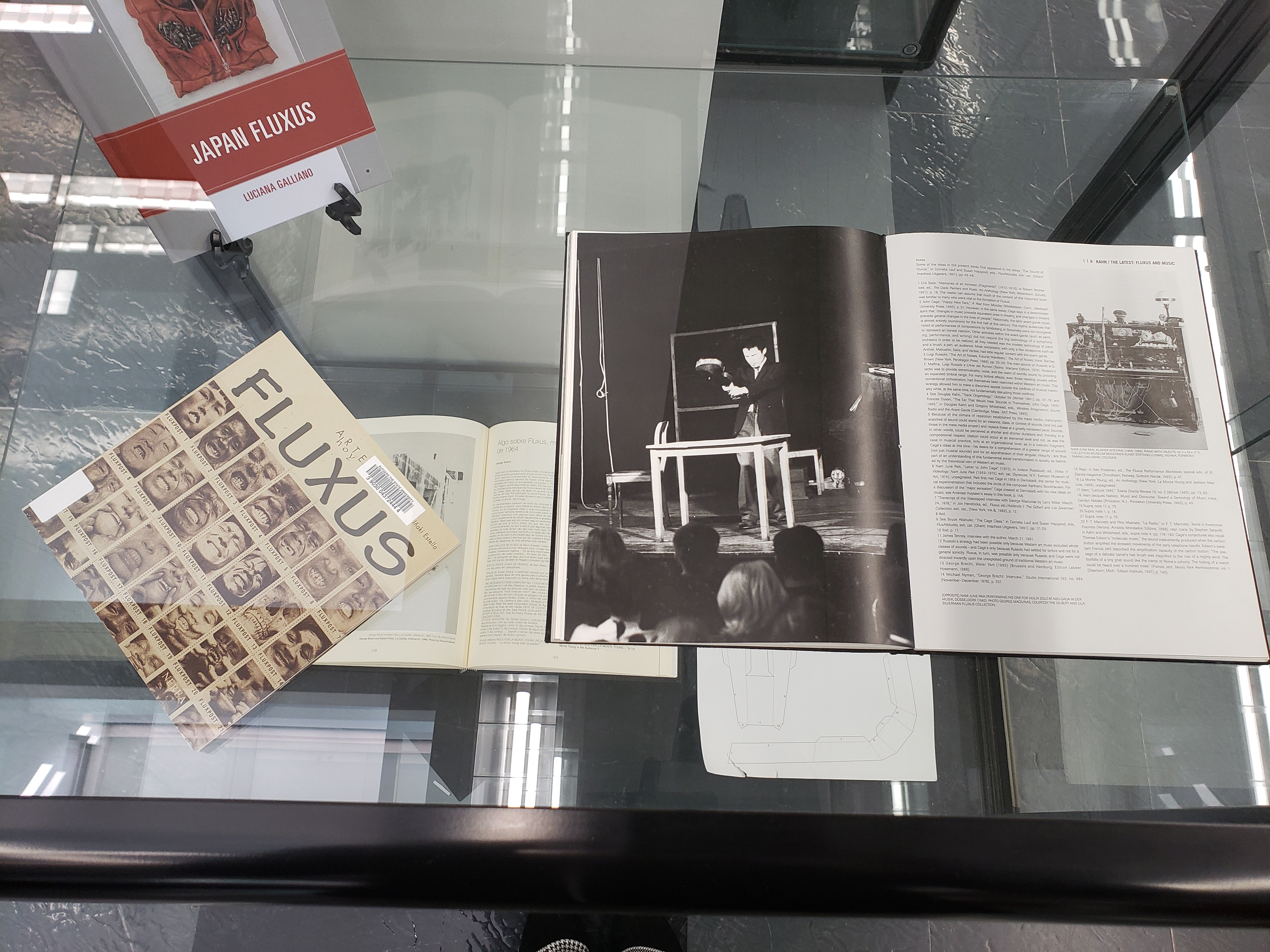