On view in the vitrines

SOLACE AND PERPETUITY: a life story

This one-of-a-kind set is an autobiographical work sourced from the author’s original primary sources. No memory or recall has been deployed to create the texts and they are left as written in their own time. Included are 176 documents arbitrarily chosen from writings spanning several decades. As in a medieval Book of Hours, various genres are represented, including diaries, dreams, academic papers, fictive prose, poetry, plays, and video and installation scripts. Each numbered volume is a uniquely randomized autobiographical “novel.”

Each numbered volume is unique in regard to the order of its content. Individual documents were assigned a number in the order in which they were garnered from the author’s archives. The form of these archives range from print through Cloud presence.

Each document was been divided into its indigenous paragraphs, which, in turn, are numbered consecutively within each document. I.e., if document 47 contains 8 paragraphs, numbers will be 47-1, 47-2, 47-3, through 47-8. In cases where there is only one paragraph, it is assigned the whole number. The numbers function as traces, offering the potential of searching out the source in order to discover the context. The paragraphs, as entities in their own right, become the modular units subjected to an algorithm that scrambles their order.

The algorithmic process allows the reader to dip into a life at any point in time and retrieve memories in an arbitrary order. If one reads and rereads the text, it sifts memories of events, tenor, space and time. What happened “after” may be situated as “before”, resembling how memory behaves. Two people who read two different versions will find it difficult to discuss comparatively.

This life story is completely divorced from any concept of plot. The aim is to convey a sense of character from elements exiled from their original contexts in order to experience them as “subtexts”.  The character of the writer waxes and wanes according to the particular “dis-order” of the texts and the lack of classification as to what is actual, dreamt, or attempted fiction.

In this moment, when rich information is garnered down to the linguistic staccato of short forms such as flash and Twitter literature, meaning becomes, by necessity, rendered in compacted and emblematic phrases. Randomizing texts allow the reader to comprehend single paragraphs as nodes inferring paths as their subtext, affording ventilation, depth, and breadth. This type of kaleidoscopic reading can impart a more visceral understanding of the tenor of his or her life than the hierarchy of a logical order.

Each volume has three different manifestations. One is the readable text-as-book in real time. Another is the text as a folded object which evidences the text but makes it elusive, or rendered obsolete by virtue of its becoming an object. The third is the archived mummy-wrapped artifact.

Many thanks to Gabriel Ferrin for coding the text and image scrambling the algorithms, to Bridget McGeehan for first edit, and, above all, to Susan Weil and Weil Books for publication.

Adrianne Wortzel creates unique and innovative interactive web works, robotic and telerobotic installations, performance productions, dioramic objects, videos, prints and writings. These works explore historical and cultural perspectives by coupling fact and fiction via use of new technologies in both physical and virtual networked environments. She collaborates with research scientists working in the fields of robotics and/or artificial intelligence both in the U.S. and internationally. Her work employs narratives nascent to technological research while examining comparatively the methodologies in order to point to its creative and intuitive nature built on an armature of empirical knowledge. The content examines, or displays, through fictive and dramatic scenarios, stories and scripts, aspects of how humans relate to machines. 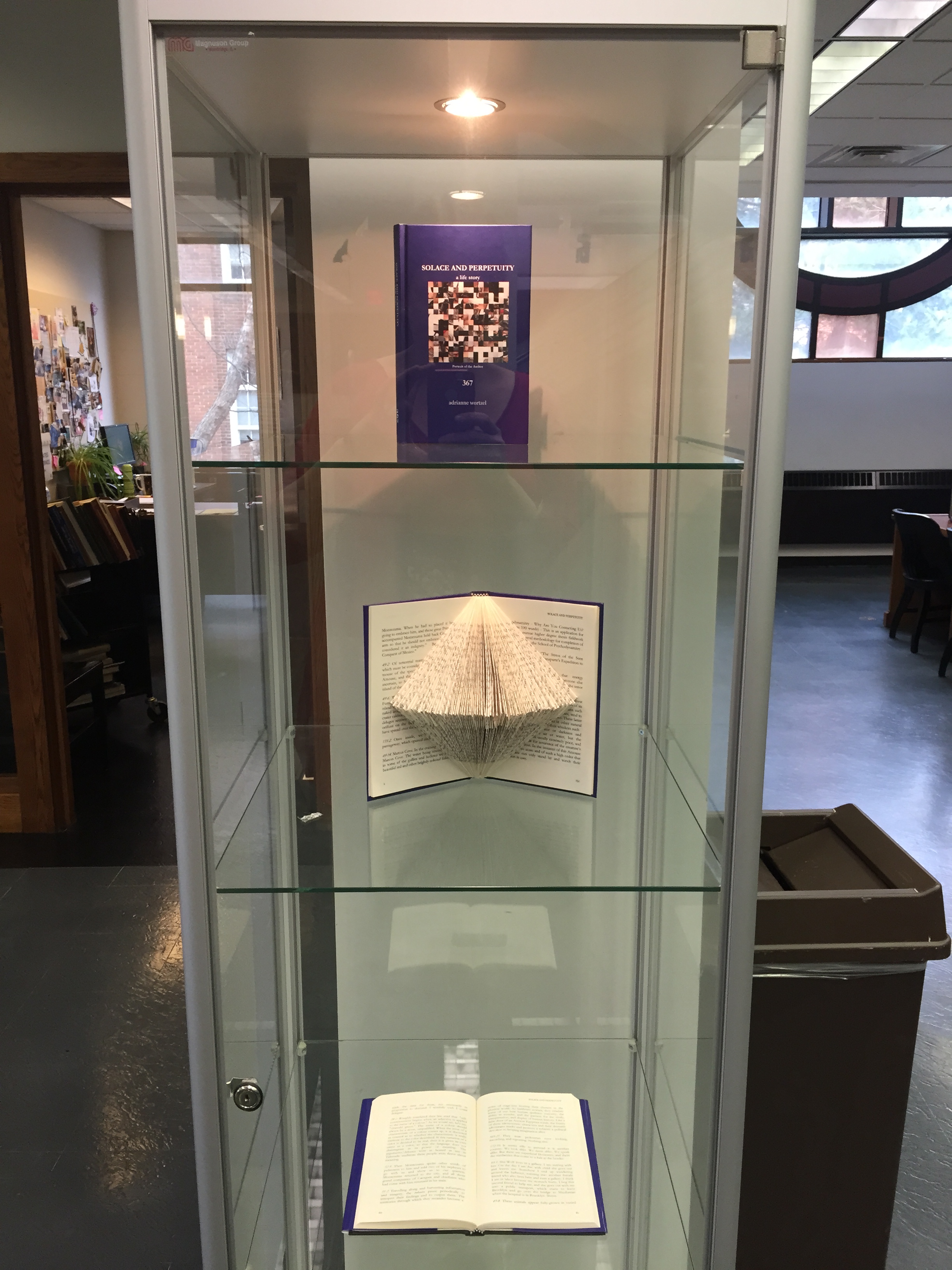