Editors' note: "Cannabis" and "marijuana" are used interchangeably in this guide. Although “cannabis” is the preferred term, “marijuana” was intentionally kept to promote content for public use with no negative connotations. We acknowledge the controversial history and etymology of "marijuana," including implicit racism affecting cannabis research to date. 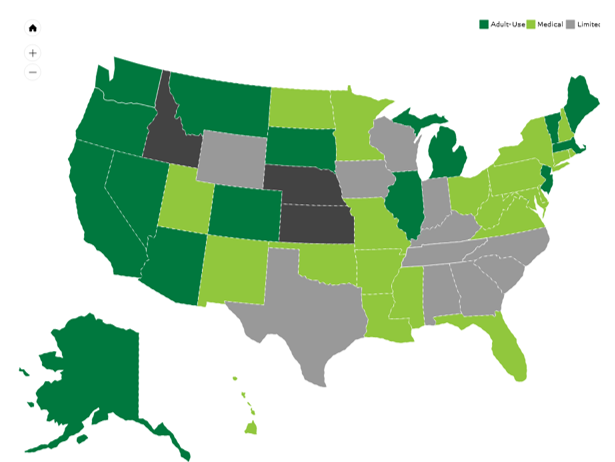 Click on the map to see basic information about cannabis policies in each state. 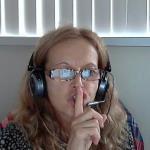 Marijuana has been used medicinally for centuries. In the late 19th and early 20th century, it was classified as a sedative, hypnotic, and anticonvulsant agent in the English speaking world, as indicated in the British Pharmacopoeia and the US Pharmacopeia, until 1932 and 1941, respectively.

In 1937, Congress passed the Marijuana Tax Act, effectively criminalizing marijuana. In 1944, the New York Academy of Medicine issued an extensive report declaring marijuana did not induce violence, or insanity, or lead to addiction or other drug use (La Guardia Committee).

In the 1940s, the U.S. Department of Agriculture launched its "Hemp for Victory" program, encouraging farmers to plant hemp by giving out seeds and granting draft deferments to those who would stay home and grow hemp.

In 1972, the bipartisan Shafer Commission, appointed by President Nixon at the direction of Congress, considered laws regarding marijuana and determined that personal use of marijuana should be decriminalized. Nixon rejected the recommendation.

In 1973 it was listed under Section 1 of the US Controlled Substances Act, rendering it one of the substances subject to the US ‘War on Drugs,’ which included the prohibition of use for medicinal purposes, as part of a global movement towards control.

In 1986 and 1989, presidents Reagan and Bush launched a new war: Reagan raising penalties for possession and dealing, and Bush explicitly declaring a War on Drugs.

In 1996 medical marijuana law reform began in California, and by 2007, state licensing and distribution for medical use.

The first states to legalize recreational use were Washington (2012) and Colorado (2014), creating a new industry: cannabis tourism.

In 2020, New Jersey voters chose to legalize recreational use.

The terms Marijuana and Cannabis are used interchangeably, with their own etymology going back to centuries, gaining grounds in public discourse for science, business, and pop culture.

Marijuana: a preparation of Cannabis sativa for use as an intoxicant, generally by smoking, 1918, altered by influence of Spanish proper name Maria Juana "Mary Jane" from mariguan (1894), from Mexican Spanish marihuana, which is of uncertain origin. More...

Cannabis: "common hemp," from Cannabis, Modern Latin plant genus named (1728), from Greek kannabis "hemp," a Scythian or Thracian word. In reference to use of the plant parts as an intoxicant, from 1848. More...

Cannabidiol (CBD): a constituent of cannabis that has been traditionally considered non-psychoactive.

Cannabinoids: one of a class of chemical compounds that act on cannabinoid receptors, cannabinoids can be naturally derived from the cannabis plant or manufactured.

SEE ALSO: Glossary in The health effects of cannabis and cannabinoids: The current state of evidence and recommendations for research. 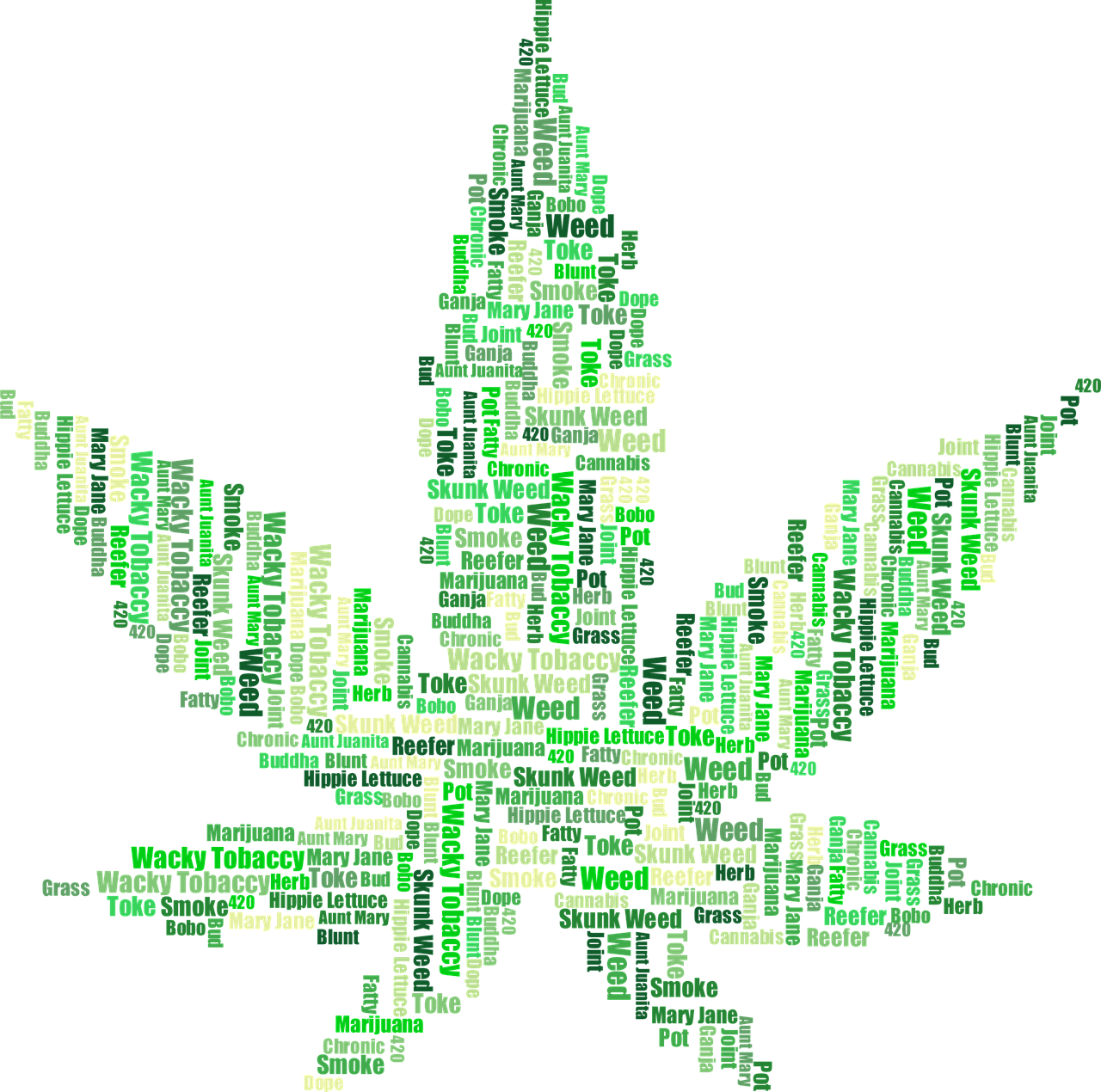 Click on the image to see synonyms of marijuana.