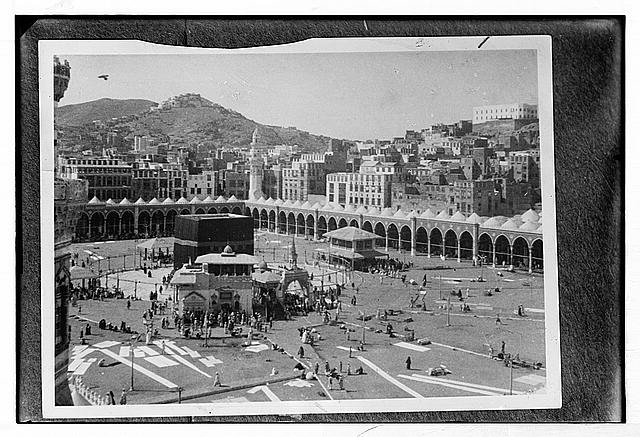 Bird's-eye view of uncrowded Kaaba from the Library of Congress, public domain.

Islam is the biggest religion in the Middle East, making up a majority of religious practitioners in every country besides Israel, with 1.8 billion practitioners worldwide, being the 2nd biggest religion after Christianity. It originated in Arabia in the 7th century with Muhammad being it's founder and chief prophet, and is a monotheistic religion. It initially spread all through the Middle East and North Africa, and has since spread world-wide.

There are two main branches of Islam, Shia and Sunni. Islam's two major texts are the Quran and the Hadith. The Quran is believed to be 'God's word' while the Hadith are the sayings and actions of Muhammad recorded in tradition. The Hadith give much of the traditions that Muslims in the middle east will follow, with Sahih Bukhari being perhaps the most well-known collection of Hadith. There are also sirahs, which are biographies of Muhammad's life.

Encyclopedia of the Quran

Encyclopedia of Religion and Society

Database of Masjids, Mosques and Islamic Centers in the U.S.

Encyclopedia of Jews in the Islamic World

Christianity is a minority religion throughout the Middle East, with larger numbers in Lebanon, Israel, and Egypt. There are also small religious groups like the Yazidis.