Aerial View of Seabrook Farms and the Food Processing Plant 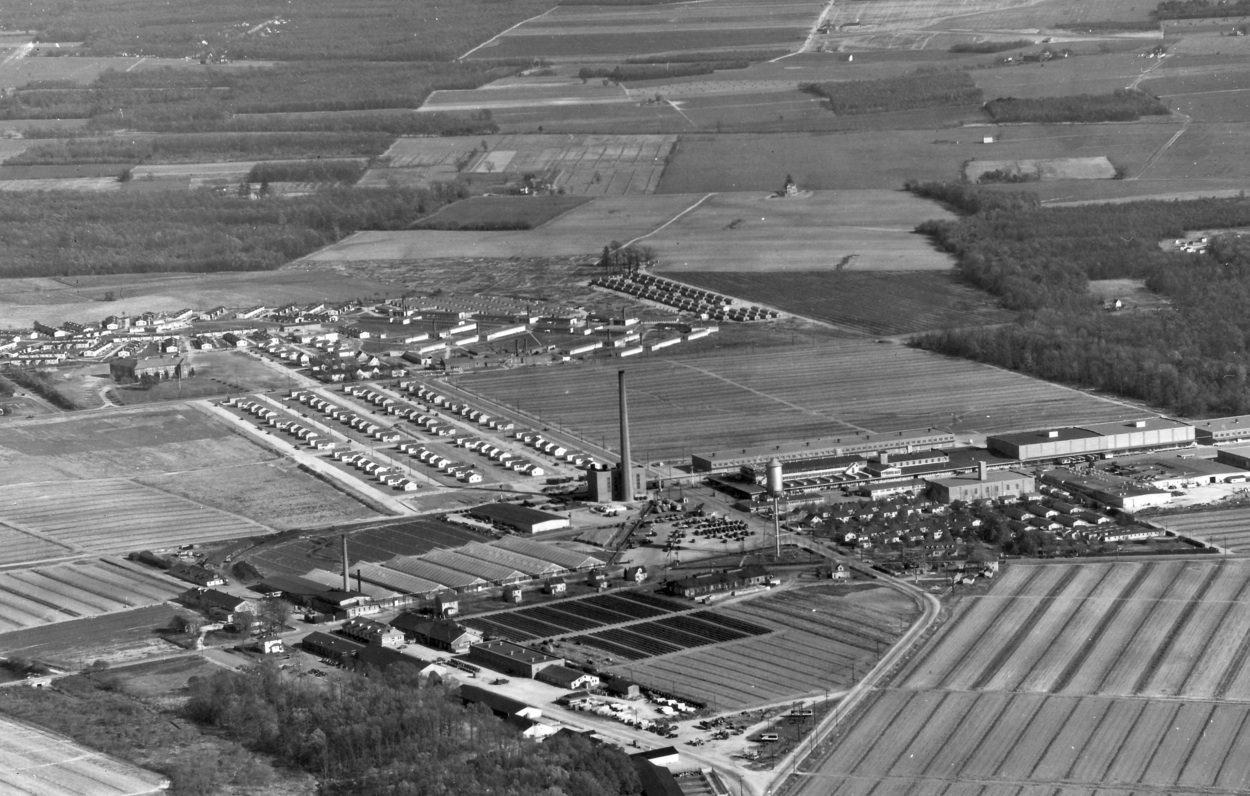 In the 1940s and 1950s, Seabrook Farms in Cumberland County, New Jersey was the largest processor of frozen food in the world. Faced with the shortage of labor during the World War II, Seabrook Farms reached out to the people of Japanese descent in internment camps to live and work at Seabrook Farms. Approximately 2,500 people relocated to Cumberland County, New Jersey from 1944-1947, the highest concentration of this demographic in the United States at that time. In the 1950s, refugees from the Baltic countries arrived. Over the eyars, workers came from over 25 countries and spoke over 30 languages.

“We arrived to find that we were to live in grey shacks. We were given 2 rooms 25 x 25 for 11 people, the same living quarters we had in camp.”

Invisible Restraints: Life and Labor at Seabrook Farms is a digital exhibition in the New Jersey Digital Highway created by the students enrolled in Andy Urban's course "Public Histories of Detentions and Mass Incarceration" during fall 2015 semester at Rutgers, New Brunswick.

New Jersey Digital Highway features many photographs, documents and publications of approximately 2,500 people of Japanese ancestry that relocated to New Jersey away from the internment campus to work at the Seabrook Farms and Food Processing Plant. Do a search for "Seabrook Farms."

Seabrook Educational and Cultural Center  presents a permanent exhibit of Japanese Americans and people of other ethnic groups that came to work at Seabrook Farms.

"Rutgers Visit to Seabrook" video captures the 2011 visit of Rutgers students and faculty to the Seabrook Educational and Cultural Center.