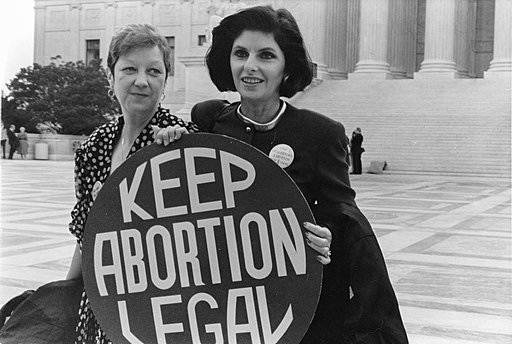 Abortion is the act of terminating a pregnancy. It is a common practice that's appeared across civilizations, eras, and cultures. This article in Scientific American tracks attitudes toward abortion back to ancient Grecian times.

Abortions were often performed by midwives using herbs before the advent of modern medicine. In 1869, the Catholic Church chose to condemn abortion at any stage of pregnancy,  and in 1873 U.S. Congress passed the Comstock Law, which banned information about and distribution of contraceptives. Eventually, by the 1880s, most U.S. states had criminalized abortion.

It wasn't until 1973 that the landmark case Roe v. Wade legalized abortion for American women. You can find a timeline of the U.S. fight for abortion rights on The Cut and a quick summary of the importance of Roe v. Wade in this BBC article. Abortion remains a controversial issue in the U.S. While most recent national polls on abortion attitudes find that most Americans support abortion access, there is a significant divide between Americans who identify as pro-choice vs. pro-life.