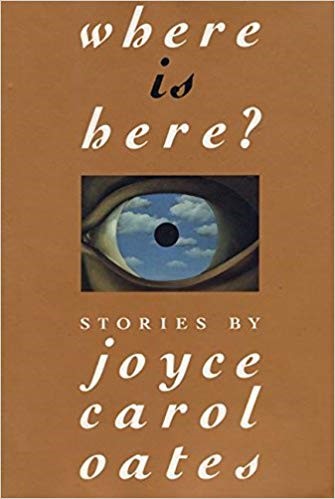 More from the Author

Come hear acclaimed writer Joyce Carol Oates read from and talk about her short story "Where Is Here?"!
Thursday, July 23, 4:30 – 5:30 (via Webex Events)
REGISTER and submit your questions. 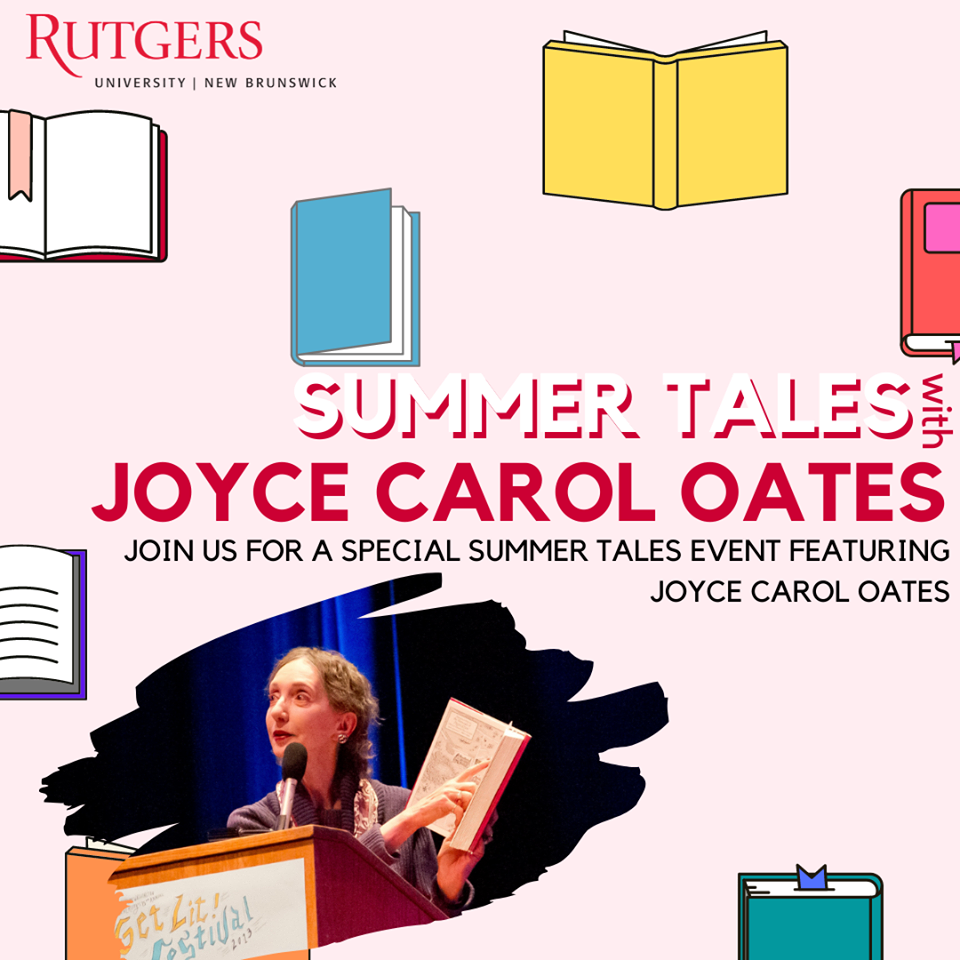 Why Should You Read This Story? (Promotion Ideas)

Joyce Carol Oates won the National Book Award for her novel them in 1970, and was most recently (for the fifth time) a finalist for the Pulitzer Prize in 2015 for her short story collection Lovely, Dark, Deep -these landmarks can attest to her extraordinary career as a leading voice in American literature. Her keen insight into the craft of writing has also made her an accomplished and beloved teacher, as a Professor of Creative Writing down the turnpike at Princeton and -- lucky us! -- as a Distinguished Visiting Professor here at Rutgers.

The Short Story: Where is Here? by Joyce Carol Oates

A couple opens their home to a stranger who says he lived there as a child. Joyce Carol Oates narrates the couple’s growing unease with the stranger’s visit in a restrained, matter-of-fact style, capturing the anger and dread lying just behind the appearance of middle-class respectability. Part comedy of manners, part bourgeois tragedy, “Where Is Here?” poses the question of what makes a house into a home in ways that no greeting card or throw pillow would dare!
Read full text in the Chicago Tribune

Joyce Carol Oates (born June 16, 1938) is an American writer. Oates published her first book in 1963 and has since published 58 novels, as well as a number of plays and novellas, and many volumes of short stories, poetry, and nonfiction. She has won many awards for her writing, including the National Book Award for her novel them (1969), two O. Henry Awards, the National Humanities Medal, and the Jerusalem Prize (2019). Her novels Black Water (1992), What I Lived For (1994), and Blonde (2000) and short story collections The Wheel of Love and Other Stories (1970) and Lovely, Dark, Deep: Stories (2014) were each finalists for the Pulitzer Prize. [Wikipedia]

Enjoy the inspirational collage created by Gabriella Oakley on Pinterest 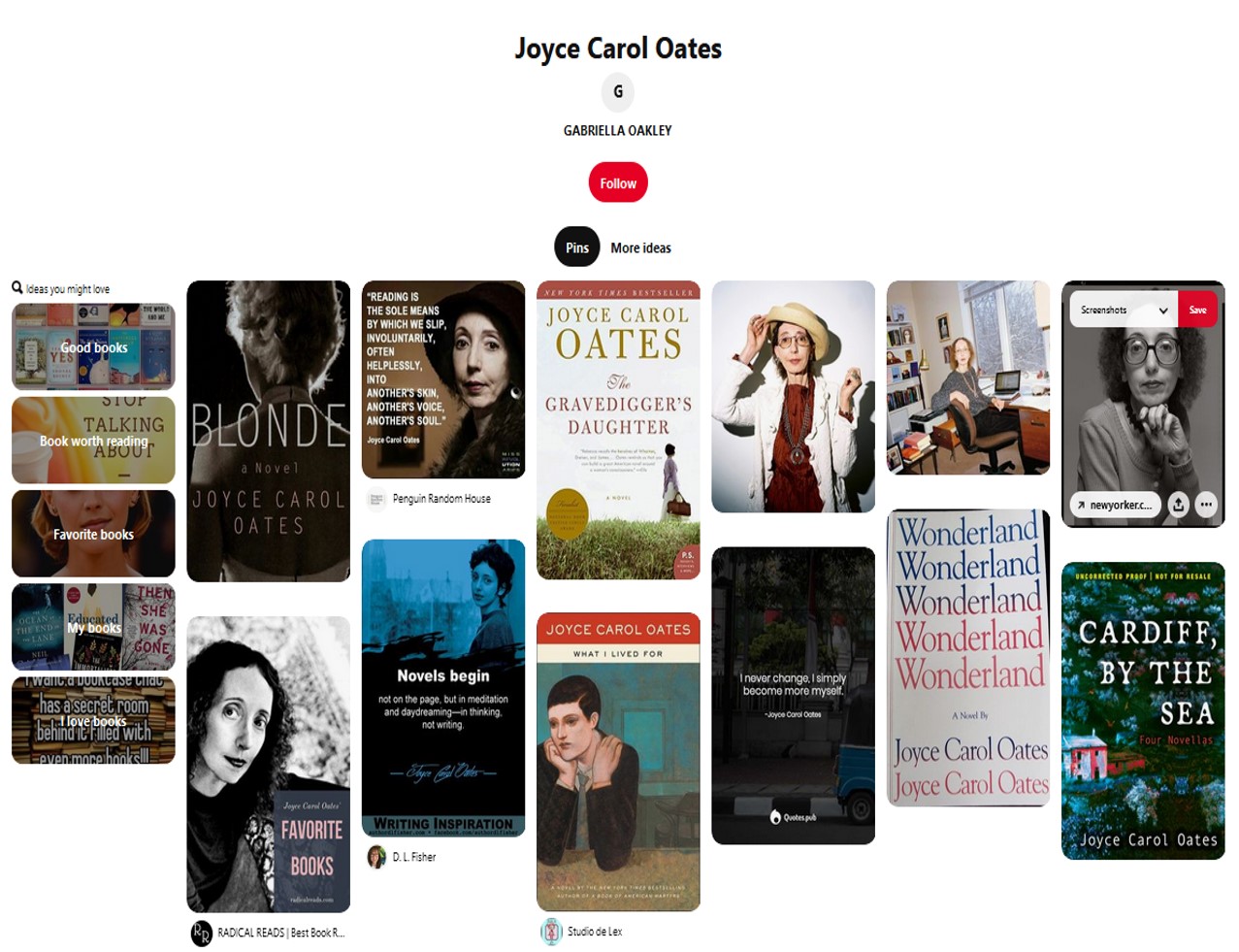