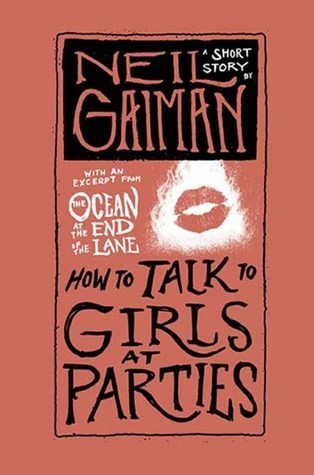 If you enjoyed How to Talk to Girls at Parties, take a look at these visual adaptations: 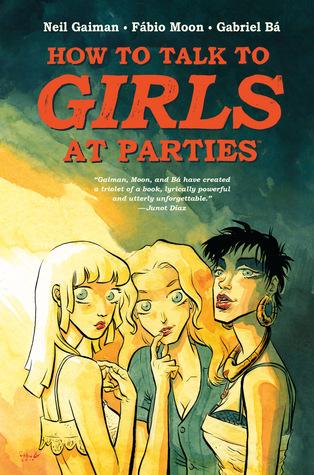 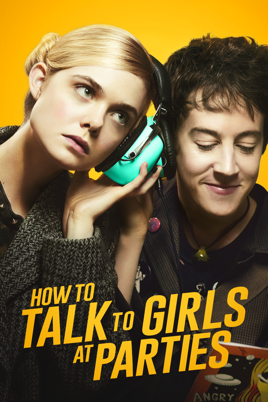 Why Should You Read This Story?

Neil Gaiman is one of the most prolific authors of fantasy and young adult fiction today and has published across a wide range of genres.  If you've enjoyed comics like Sandman or novels like Good Omens, American Gods, and Coraline -- or if you've ever felt nervous at a party or awkward around a crush -- come enjoy his Hugo Award-nominated short story about two boarding-school boys attempting to talk to girls (or so they think)!  Gaiman uses hints of supernatural forces at work to capture the anxiety and confusion of being a teenager, trying to play it cool when you're only dimly aware of what's really going on...

The Short Story: How To Talk To Girls At Parties by Neil Gaiman

“You know . . . I think there's a thing. When you've gone as far as you dare. And if you go any further, you wouldn't be you anymore? You'd be the person who'd done that? The places you just can't go. . . . I think that happened to me tonight."

Thirty years after a party that changed his life, Enn reflects on the night, the "girls" he met, and the circumstances that made him and his friend run as far from those "girls" as they could. Nominated for the 2007 Hugo award, Neil Gaiman’s short story uses science fiction to explore familiar teenage rites of passage and feelings of awkwardness and confusion.

Neil Richard MacKinnon Gaiman (born Neil Richard Gaiman, 10 November 1960) is an English author of short fiction, novels, comic books, graphic novels, nonfiction, audio theatre, and films. His works include the comic book series The Sandman and novels Stardust, American Gods, Coraline, and The Graveyard Book. He has won numerous awards, including the Hugo, Nebula, and Bram Stoker awards, as well as the Newbery and Carnegie medals. He is the first author to win both the Newbery and the Carnegie medals for the same work, The Graveyard Book (2008). In 2013, The Ocean at the End of the Lane was voted Book of the Year in the British National Book Awards. [Wikipedia]

More Short Stories from the Author

Searching for More from the Author

On International Women’s Day, several of the best writers in SF/F today reveal new stories inspired by the phrase “Nevertheless, she persisted”, raising their voice in response to a phrase originally meant to silence. Here are two of our favorites: