The resources featured in this LibGuide help to provide a clear conception of the history and legacy of the Voting Rights Act, from a bedrock of social progress to a drastically curtailed point of political contention.

Voting rights in the United States is an ever-changing issue with the rights safeguarded by the original bill fifty years ago are being scaled back and undermined. A brief introduction to the topic can be found at U.S. Department of Justice, Encyclopedia Britannica, and Civilrights.org.

A concise timeline of events related to voting rights is provided by the American Civil Liberties Union, and this video traces the Voting Rights Act's evolution, from inception to its current status and function.

Government Voting and Polling Data directs you to voting databases for the U.S. and other countries and regions.

Election and Voting Data Guide has data on US voting and campaigns throughout US history.

US CENSUS Voting Data Tables gives US census data on the people who vote.

Access to Voting Registration Lists describes who can assess voter lists in each state.

The State of American Voting Rights 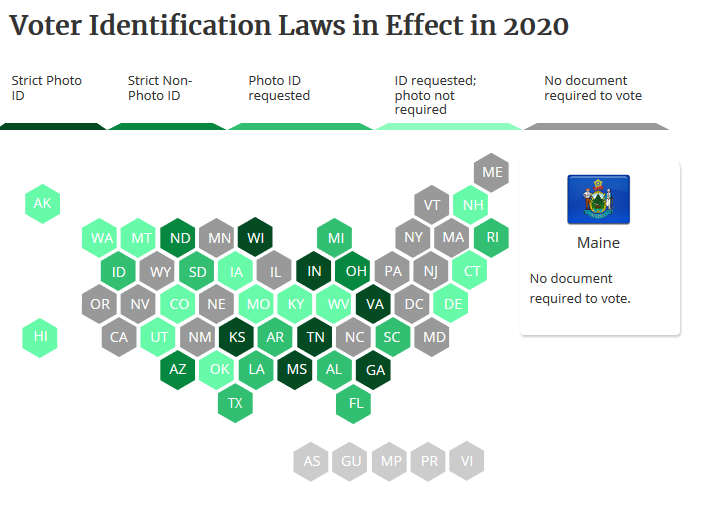 Voter Identification Requirements according to the National Conference of State Legislatures.

The Voting Rights Act was signed into law on August 6, 1965, due in large part to the publicity and political pressure resulting from the famous march from Selma to Montgomery. Prior to this, minorities were often subjected to illegal literacy tests, poll taxes, and grandfather clauses that systematically undercut their basic civil rights.

Instances of discrimination drastically declined, and minority voter turnout and registration steadily rose. That is, until recent years, in which a movement to pass stricter photo ID laws, hinder early voting and same-day voting, and prohibit voting outside one's home precinct have gained a great deal of political favor.

While not inherently discriminatory, these measures all disproportionately affect minorities. It is important to know the genesis of this movement, not only to understand our nation's past, but also to grasp the clandestine manner in which one of our most progressive bill's is being subverted. The scholarly and news articles, videos, books, and court cases compiled within provide greater context and a deeper understanding of the events related to this bill. They help to contextualize the ways in which the suppression of American citizens' voting rights remains a distinct problem that incorporates elements of ethnic and racial prejudice.

Joseph Westendorf and Paul Kibala provided assistance in developing the content for this collection of information and resources. 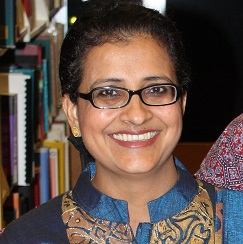