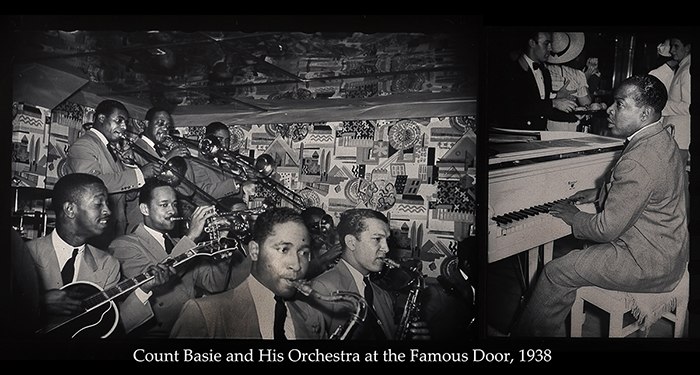 NOTE: All recordings listed below are in the collection of the Institute of Jazz Studies.

Basie Beginnings (1929-1932)
Bluebird 9768 (CD)
This CD includes Count Basie’s debut recordings with Bennie Moten and the Kansas City Orchestra, one of the leading territory bands of its day when he joined it as second pianist in 1929. Basie demonstrates his technique is capable of swamping the keyboard with lots of notes, though he chose to trim his technique to emphasize his rhythmic, harmonic and melodic choices.

America's #1 Band: The Columbia Years (1936-1950)
Sony 87110 (CD)
Original sessions produced by John Hammond.
Recordings from this set range from live radio airchecks from the band’s New York debut at the Famous Door; the immortal Jones-Smith Incorporated recordings from 1936 (Lester Young’s debut session); the band’s recordings from the late 1930s and early 1940s to the octet recordings of 1950 when Basie temporarily disbanded between 1950 and 1951.

Classic Columbia, OKeh and Vocalion Lester Young and Count Basie (1936-1940)
Mosaic Records, 4 CDs, MD4-239, 2008
Original sessions produced by John Hammond.
This set features many newly found alternate recordings on Columbia, OKeh and Vocalion where there is a solo by Lester Young. Also included is a Columbia session by organist Glenn Hardman featuring Pres (Young’s nickname) and a Benny Goodman Septet session for Columbia with Basie and Young that went unreleased until 1973.

The Savory Collection, Volume 2—Jumpin’ at the Woodside: The Count Basie Orchestra (featuring Lester Young)
These restored and remastered live radio broadcasts recorded by William Savory and acquired by the National Jazz Museum in Harlem show the Basie band with Young. Four volumes of the Savory Collection may be downloaded from Apple Music via iTunes.  The four Savory volumes are available (along with 12 additional tracks) on the six-CD The Savory Collection, 1935-1940, on Mosaic Records, MD6-266, 2018.

The Famous 1938 Carnegie Hall Jazz Concert
Columbia 160 (LP); Columbia 65143 (CD)
The seminal concert on January 16, 1938 organized by Benny Goodman, but only released on record in 1950, sold over one-million copies, making it one of the top-selling jazz records of all time. Count Basie and Basieites Lester Young, Buck Clayton, Freddie Green and Walter Page contributed their talents to the event.

Recordings with Charlie Christian
Charlie Christian (1916-1942), born in Bonham, Texas and reared in Oklahoma City, was a significant figure in retiring the guitar as an exclusively rhythmic instrument in jazz to that of a soloist. His single string, melodic approach on the electric guitar gained the attention of John Hammond, who recommended Christian to Benny Goodman in 1940. The bandleader quickly brought Christian on board. He was among many important musicians in the development of bebop, or at least being a precursor in the rise of modern jazz. Christian died of tuberculosis in 1942 at the age of 25. 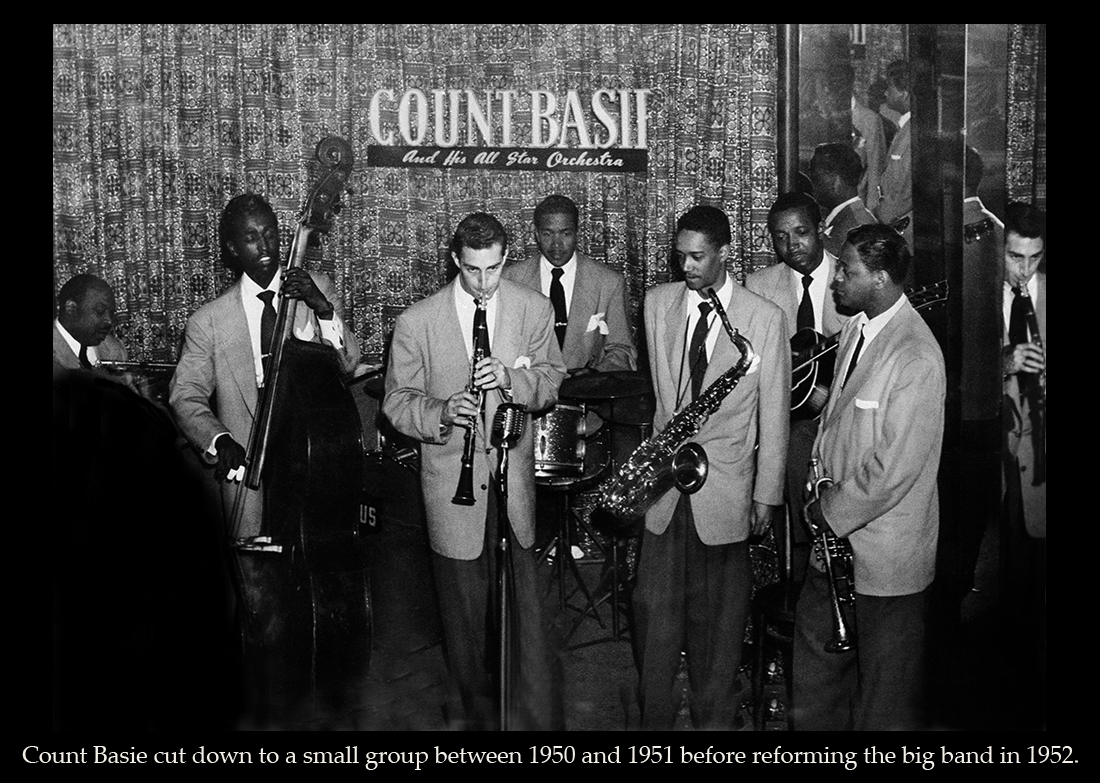