A guide to finding and using British government publications in the Alexander Library. Also includes links to relevant databases and websites. 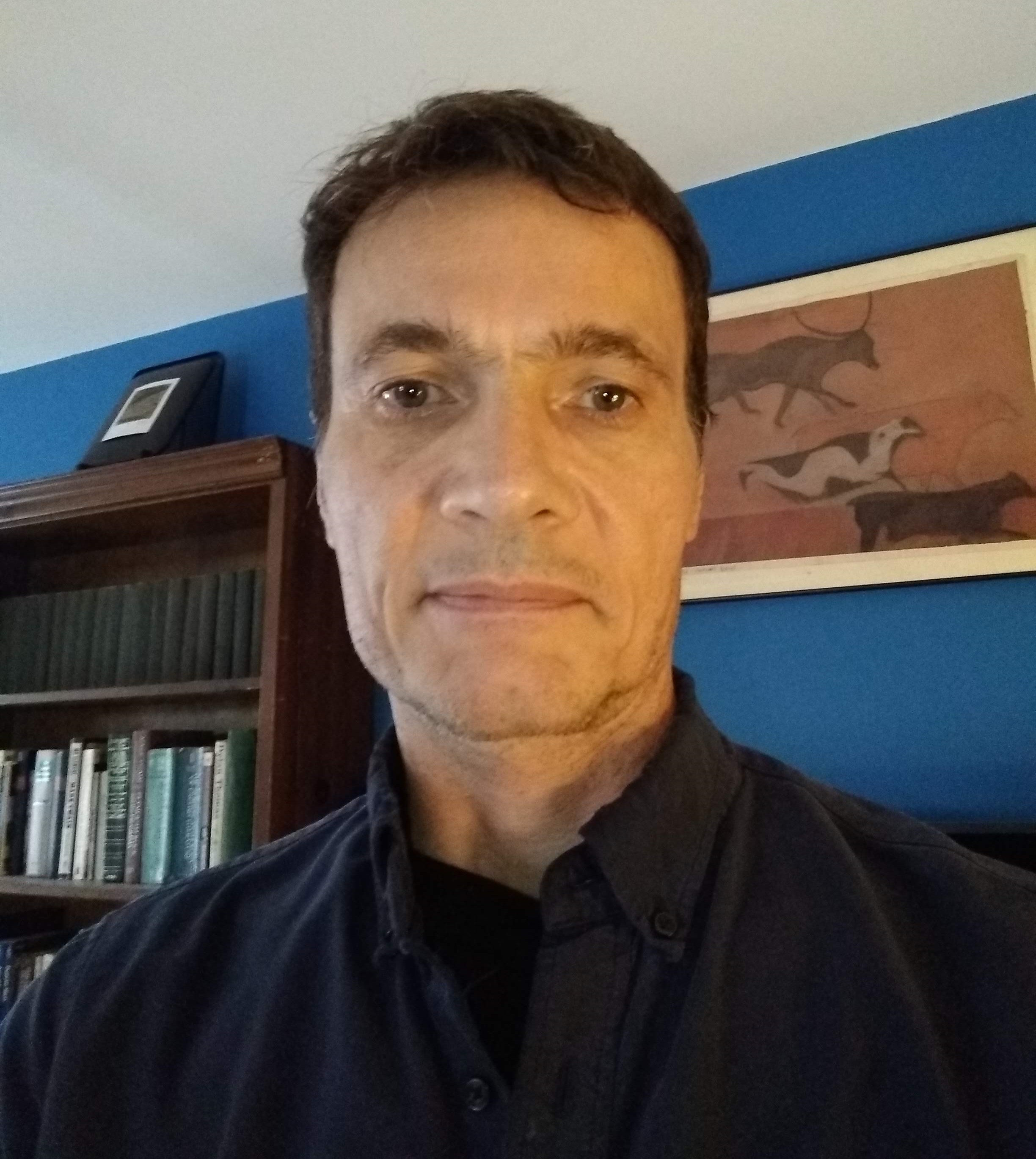 The largest group of British government publications owned by the Alexander Library are the papers of Parliament, and among these the largest group by far are the documents emanating from the work of the House of Commons.

The four main divisions of Parliamentary Papers are:

The following publications are essential companions to Parliamentary research:

The oldest available comprehensive body of Parliamentary documents, these quasi-official records of the transactions of both houses of Parliament include entries for bills, motions, and votes. For historical purposes, it is important to note that before 1835 many reports and other papers normally found only in the Sessional Papers are included in the Journals in their entirety.

Until 1803, the Debates, supposedly the actual words spoken in sessions of Parliament, are based on unofficial sources such as periodicals, newspapers, private reports, and diaries. Before 1909, the Debates were also not necessarily printed verbatim. It has been suggested that newspaper reports, particularly those of the (London) Daily News and Times, are often more complete, at least until 1909.

A Collection of the Parliamentary Debates in England, from the Year M, DC, LXVIII to the Present Time.
ALEXANDER DOC J301.H2 1739 [volumes 3-21 of 24 volumes]
Similar to Cobbett, above, with coverage extending only up to 1763. Volume 20 includes an index to volumes 1 through 20. Full text is included in Eighteenth Century Collections Online (ECCO).

History and Proceedings of the House of Commons....
SPCOL/UA X J301.K2 1742 [incomplete]
Similar to the two above works, and covering 1695-1742. Some full text is included in Eighteenth Century Collections Online (ECCO).

Debates of the House of Commons from 10 October 1667 to 26 April 1694.
ALEXANDER DOCMFICHE 6013 [10 volumes]
Collected by Anichitell Grey and commonly known as Grey’s Debates. Full text is included in Eighteenth Century Collections Online (ECCO).

Parliamentary Debates (Authorised Edition)
ALEXANDER DOC J301.K22
Contains the 2nd session of the 2nd Parliament through the 3rd session of the 28th Parliament, 1803-1908. Microprint of the Hansard’s official debates of the Houses of Commons. Includes indexes. Full text is included at the Hansard site.

While earlier documentation does exist, the earliest readily available collection of Sessional Papers is for the eighteenth century. The several collections are very incomplete for many reasons, not the least of which was the 1834 fire in Westminster Palace, where the papers were stored.

Three sets exist:  the Abbot Collection, the First Series, and the Scholarly Resources edition of the House of Commons Sessional Papers of the Eighteenth Century. The first two are available at Alexander Library; the last, which is an amalgamation of all existing sets, is available at many universities, including New York University and Princeton University.

Sessional Papers. [House of Commons]. [1731-1800]
ALEXANDER DOC J301.K59
4 boxes of microprint including indexes and covering 1731-1800. Essentially this is the Abbot Collection. Assembled through the initiative of Charles Abbot, Speaker of the House of Commons (1802-1817) and published in 1807. The collection is weak for the years before 1760 and many important items are missing from the second half of the century as well. This is still very valuable and represents the major component of any eighteenth-century collection of Parliamentary documents.

Reports from Committees of the House of Commons. [1715-1801]
ALEXANDER DOCM-F Cabinet 8-F and DOCREF J301.K72
This is also known as the First Series and fills in many significant gaps in the Abbot Collection, especially for the years 1714-1760. But, it is a relatively small collection of microfilm. Some full text is included in Eighteenth Century Collections Online (ECCO) [Rutgers Restricted].

House of Commons – Nineteenth Century to the present

After 1801, sets of sessional papers for the Commons were produced each year.

In addition to the sessional indexes, there are a number of cumulative subject indexes and guides to the above sets of sessional papers. The following are the most important:

C19: The Nineteenth Century Index [Rutgers Restricted].
Includes indexing of the House of Commons Parliamentary Papers for the years 1801-1919.

Indexes of British Parliamentary Papers.
ALEXANDER DOCCOM J301.M4 1997
Covers the House of Commons (1801-1944/5) and the House of Lords (1801-1922). Indexing is by name, by subject, and by session. There are a number of special features, such as supplying biographical information on some of the historical figures whose names appear as witnesses, etc. Unlike previous indexes, indexing includes all the information found in each session’s index. This is the index to use to launch a search in Parliamentary documents. Introduction and tutorial pamphlet at ALEXANDER DOCREF J301.M4 1997 guide.

Subject Catalogue of the House of Commons Parliamentary Papers, 1801-1900.
ALEXANDER DOCREF Z2019.C63 1988 [5 volumes]
Published as a guide to the Chadwyck-Healey microfiche set of nineteenth-century papers (which Rutgers does not own), this extensive guide gives official volume and page numbers which correspond to the holdings at Alexander Library.

General Index to the Bills, Reports, and Papers Printed by Order of the House of Commons and to the Reports and Papers Presented by Command, 1900 to 1948-49.
ALEXANDER DOCREF J301.M3 1960

Checklist of British Parliamentary Papers in the Irish University Press 1000-Volume Series, 1801-1899.
ALEXANDER DOCREF Z2019.I73
CAMDEN FOLIO J301.K63A2
This is a guide to the Irish University Press reprinting of a massive number of House of Commons committee reports and other documents. IUP grouped these sets by subject and for each subject series there is a pamphlet guide describing the contents. Although Rutgers does not own the IUP set (New York University and Princeton University do), we have, in addition to the Checklist a number of these pamphlet guides which can be located by searching QuickSearch. Both the Checklist and the pamphlet guides give official volume numbers which can be used to access holdings in Alexander Library.

**Note** Before 1900, "printed sets of House of Lords Sessional Papers reproduce the material in House of Commons Sessional Papers to a considerable extent." (Bond, Maurice Francis. Guide to the Records of Parliament, p.132. ALEXANDER DOCREF and STACKS CD1063.B63)

Command Papers derive their name from the fact that they are presented to Parliament by a Government Minister "by Command of Her/His Majesty". The Papers are numbered consecutively and are included within the Sessional Papers. A complete collection of Command Papers and House of Commons Papers (HCPs), beginning with May 2005, is freely available online. The site also holds an archive of many Command Papers, HCPs and other Government papers from before this date.

Some authors cite these valuable publications simply by number, without reference to the year or Parliamentary session. For the period 1833 to 1961/62 use Edward Di Roma’s A Numerical Finding List of British Command Papers Published 1833-1961/2 located in ALEXANDER DOCREF Z2009.D5 1971.