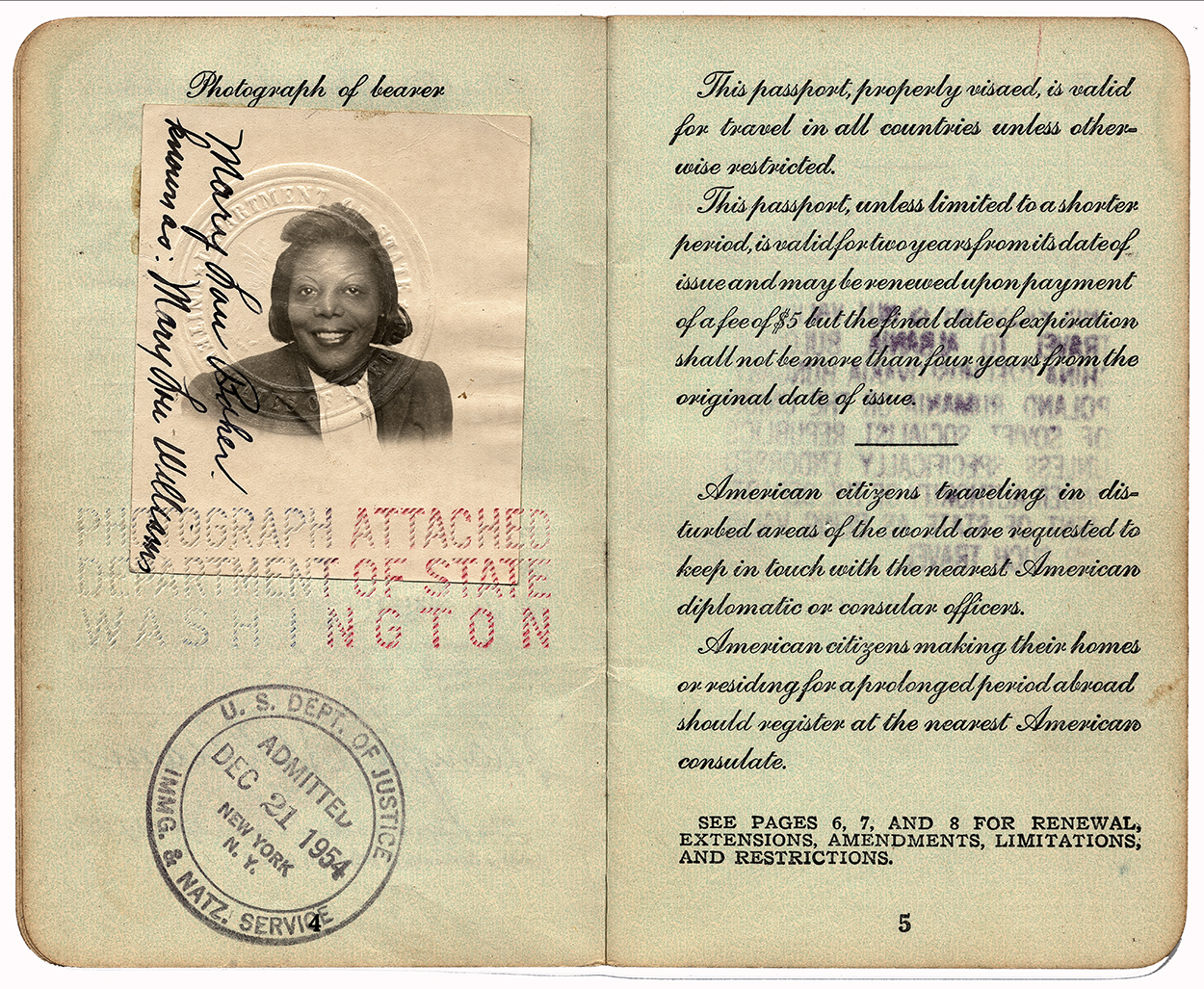 The Mary Lou Williams Collection at the Institute of Jazz Studies

The Mary Lou Williams Collection is a great collection of a great artist and the most used collection at the Institute of Jazz Studies since it opened to the public in 2002.

The first part of the collection came to the Institute shortly after Williams’s death in 1981. Father Peter O’Brien, S.J. donated the remainder of her papers and memorabilia in 1999, the year before National Endowment for the Humanities awarded the Institute a Preservation and Access Grant to arrange and describe the collection. Processing was directed by the late Annie Kuebler, whose experience at Smithsonian Archives Center with the Duke Ellington Collection prepared her to undertake the task.

The collection documents her career as a pianist, composer, arranger, music publisher, independent record producer, humanitarian, and her time as an artist in residence at Duke University between 1977 and 1981. Music manuscripts representing around 350 of her compositions and arrangements and many unique sound recordings have drawn countless music scholars and musicians exploring the striking beauty of her music and stylistic changes Williams’s work embodies. Hundreds of pages of autobiographical writings and correspondence show her, whether consciously or not, to be a probing observer of her life as an independent African American woman as well as a progressive, vital figure on the jazz scene.

Photographs, scrapbooks, artwork, publications and clippings, fliers, posters, concert programs, financial and business records, and memorabilia convey the essence and wide-ranging nature of her activities over decades as well as experiences with other top-tier jazz musicians, who thought of her as a peer. Younger musicians, particularly women, saw her as the trailblazer she was.

Williams’s voluminous record-keeping and a penchant for seeming to save everything leaves a more general portrait of the life and working environment of jazz musicians in the twentieth century. Additionally, the Williams papers have been used by scholars of American social life, African American history, African American women’s history, and women’s studies.

The collection has served as the basis for conferences; exhibits; documentary films on Williams and women in jazz; master’s theses and PhD dissertations; books; concerts and recordings; and dance performances, most notably by choreographer Alvin Ailey. Her works have also been performed by Jazz at Lincoln Center, the Smithsonian Jazz Masterworks Orchestra, the Carnegie Hall Jazz Masterworks Orchestra and American Jazz Orchestra and other tribute programs at Flushing Town Hall and the Kennedy Center for the Performing Arts, which has hosted the Mary Lou Williams Jazz Festival since 1995. Music from the Mary Lou Williams Collection was also in high demand internationally during her centennial in 2010. Smithsonian Folkways Records has taken the lead in reissuing Williams’s recordings long out of print.