Write a research essay in which you engage Philip Roth’s Goodbye, Columbus as well as 3 to 5 sources of your choosing. Two (2) of those sources should be scholarly articles (we will discuss what counts as a “scholarly article”). You should also include 1 to 3 popular press sources (we will define this term as well, but an easy example is a New York Times article) in addition to those. As ever, your essay should present a clear, contestable argument that you support with evidence both from Roth’s novel and your outside texts.

2) Alternately, write about the experience of another community in American society (a group of people connected by race, ethnicity, religion, geographic origin, sexuality, or some other specific trait). Write an essay in which you answer the following question: How does Roth’s novel help us understand the experience of this community? To answer this question, you should look to the novel, drawing comparisons between the community in the book and the community you’ve chosen, as well as scholarship and popular-press writing on your community of choice.

3) Much is made in Goodbye, Columbus of the difference between Newark and New Jersey’s more prosperous suburbs. Write an essay in which you help your reader better understand the novel’s historical context by drawing on research about Newark and/or New Jersey’s suburbs. You might think about the history of Newark, the “flight to the suburbs” that began after World War II (and its causes and effects), and how these demographic patterns have changed in the time since the novel was published. Your essay should answer the question: How can we, by learning about Newark and/or New Jersey’s suburbs at this time and since, better understand Roth’s novel? 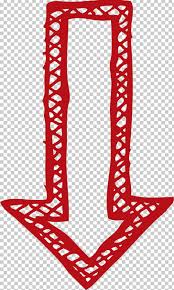 * Just in time for this class, writer Blake Bailey has written a new biography of Philip Roth.  Click here to learn about it from The New York Times *